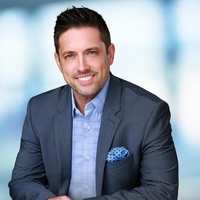 Justin graduated with a Bachelor of Science degree in Business Administration from John Brown University in 2007, where he played collegiate soccer, and received both academic and athletic scholarships. During his athletic career at JBU, Justin was a 2-time recipient of the Daktronics NAIA Scholar-Athlete Award, an award that recognizes excellence in the classroom for NAIA student-athletes who are juniors or seniors with an academic standing of a 3.5 or higher cumulative GPA. Upon graduation, the door that opened for Justin wasn't in business, however, it was in ministry. In 2008, Justin was asked to help launch and lead a new campus of LifeChurch.tv in the growing community of Owasso, OK, where he served as Worship Pastor for nearly 6 years.

After his time in ministry, he decided to pursue a career in financial services and joined the ACT team in 2015. After witnessing his father, Randy, approach his practice as a ministry for nearly 30 years, Justin was inspired to pursue a career where he could put others first, and help them work towards their highest financial potential. Teaching people about wealth-building strategies, whether that be in a one-on-one setting, or, co-teaching University Workshops, is something that Justin is extremely passionate about.

Justin resides in Broken Arrow, Oklahoma, with his beautiful wife, Breanne, and their two daughters, Lylah and Penelope. When he isn't empowering his clients to achieve financial success, he enjoys date nights with his wife, game nights with his family, and taking family road trips. He also remains heavily involved in the music ministry by serving on the worship team at BattleCreek Church in Broken Arrow, OK.